[I’m cross-posting this, which was originally posted on the Union of Concerned Scientists blog. Thanks to Melissa Varga for editing assistance.]

We are at an historic anniversary: the Civil Rights Act was enacted fifty years ago on the 2nd of July, 1964. According to the legislation, all persons “shall be entitled to the full and equal enjoyment of…any place of public accommodation, as defined in this section, without discrimination” based on race, color, religion, or national origin. It ended unequal application of voter registration requirements and racial segregation in schools, at the workplace and by facilities that served the general public. (Another milestone, Brown v. Board of Education, occurred sixty years ago.) The Civil Rights Act was initially about the important symbolism of inclusion. But what does this have to do with climate change? 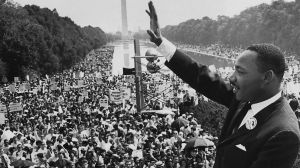 We still need to address what sociologists refer to as institutionalized inequality and injustice. Randall Kennedy in Harper’s magazine asks, why has the struggle against racism been more effective in public accommodations than in schooling, housing, employment, and the administration of criminal justice? “What is the value,” the civil rights activist Bayard Rustin once asked, “of winning access to public accommodations for those who lack money to use them?” To address structural injustices and inequities, more action is required.

“Environmental justice” is meant to address a critical area where such injustices remain. Attorney General Eric Holder said in a speech at the Environmental Protection Agency in 2011 that Dr. Martin Luther King Jr. “plant[ed] the seeds of the environmental justice movement” and that environmental justice is “a civil rights issue.” The EPA defines environmental justice (EJ) as the “fair treatment and meaningful involvement of all people regardless of race, color, national origin, or income with respect to the development, implementation, and enforcement of environmental laws, regulations, and policies.” EJ often refers to water and air pollution, soil contamination, toxic hazards, power plants, industrial facilities, and environmental degradation that preferentially affect residential areas and communities with people of a particular race, ethnicity, or economic status. It also refers to social movements that have, with some success, attempted to rectify this.

EJ is also particularly relevant to climate change. Issues of “equity, justice, and fairness” were referred to in the latest IPCC report, and as argued by Union of Concerned Scientists Senior Climate Economist Rachel Cleetus in an earlier post, EJ should be considered as a major factor in President Obama’s Climate Action Plan. We are already seeing extreme climate events, including heat waves, floods, wildfires, and droughts, and poor coastal communities are particularly vulnerable to storm surges, coastal flooding, and rising sea levels. Although dangerous weather events appear to occur randomly, some people are more vulnerable than others and some receive more effective aid during cleanup and recovery. (See the book “Race, Place, and Environmental Justice after Hurricane Katrina”, edited by Robert Bullard and Beverly Wright.) Sometimes environmental laws are insufficient and federal agencies don’t take sufficient steps to protect workers and residents, and certainly there is room for improvement.

A few weeks ago, I attended a meeting on Climate Change Resilience and Governance in Washington, DC, which was organized by the American Association for the Advancement of Science (AAAS). The speakers included Jalonne White-Newsome, a former UCS Kendall Science Fellow now a policy analyst for WE ACT for Environmental Justice. She talked about how currently EJ communities are not engaged in the process, and the failure to mobilize the majority of Americans who want action on climate change is partly due to the fact that not everyone is part of the conversation. Many black, Latino, and Native American communities, as well as working class white communities, live closer to various polluting industries, landfills, fracking infrastructure, etc. than others, but they don’t have enough information about what they can do about it, how they can communicate with the authorities, or how to receive the aid they need. (For more on this meeting, see my blog post on it).

Scientists, activists, and policy analysts are now thinking about and addressing the causes and effects of climate change. Although we want to substantially reduce carbon dioxide emissions and avoid the worst of global warming, climate change is already happening. Throughout different regions of the US, we can expect more frequent and extreme droughts, floods, and heatwaves in the future (see the overview of the National Climate Assessment.

This is where climate adaptation and resilience come in, and this is what people are actively working on these days. For example, people on the top floors of poorly cooled buildings in dense urban areas are among the most vulnerable to heat waves, and simple solutions like white-painted roofs (see below) can save many lives. Scientists and medical experts are also studying the cumulative impact to the health of vulnerable populations, for example following natural disasters (such as hurricanes or floods) that also damage the social and physical infrastructure necessary for resilience and emergency response. Afterward, federal agencies need to be ready to help local organizations and communities with reconstruction. To address future water shortages and drought impacts, Congress authorized the National Integrated Drought Information System in 2006, which identifies drought-sensitive regions and manages drought-related risks and which involves the coordination of federal, state, local, regional, and tribal partners. 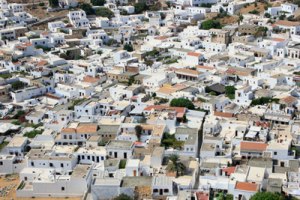 There is certainly plenty more work to do on climate mitigation and adaptation, and environmental justice should be a key element of it. As we look back on all we’ve accomplished since the Civil Rights Act was passed fifty years ago, let’s keep working to eliminate injustice and inequality as we prepare for the great challenge of the 21st century—climate change.

2 thoughts on “Will Climate Change Embolden the Environmental Justice Movement?”