In case you missed them, here’s a few pieces I’ve recently written and published for Quanta magazine, Inside Science, and Physics magazine. Thanks as usual to my excellent editors! I’m only posting brief excerpts here, so if you’re interested, please check out the whole thing using the links below.

While plenty of apocalypses occur in science fiction, the risks could be shown more realistically, experts argue. 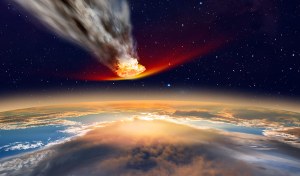 Which science fiction movies, TV shows, and comic books give a realistic portrayal of the consequences of “antibiotic resistance”? None, said Jessica Petrillo, a State Department senior health security officer. There’s a dearth of stories exploring how overusing antibiotics is fueling drug-resistant diseases that kill more and more people every year, she said. Her first goal is to try to raise awareness of the global problem, including through “comic book diplomacy.”

That’s an extreme case, but a panel of government agents and scientists at San Diego’s Comic-Con last Friday argued that science fiction writers and artists can craft better stories about disasters that could imperil civilization. The possibility of a coming apocalypse pervades science fiction today, but how likely are those possibilities in the next few decades or the next century? These experts tried to figure out how nuclear proliferation, killer asteroids and pandemics might actually arise.

Take nuclear terrorism. Many movies and TV programs, including “24,” make it appear almost easy to acquire or engineer nuclear devices. But countries typically hold such devices with the highest security measures, such that maybe only a terrorist organization with the capabilities of SPECTRE from the James Bond movies or The Syndicate in the DC Comics universe could get around them, said Gregory Bernard, a Department of Homeland Security officer…

[Read the entire piece in Inside Science, published on 24 July.]