Since President Obama will deliver his State of the Union address on Tuesday, I’d like to write a bit more about energy policy, which may come up during the address in the context of the Climate Action Plan that was initiated last summer (when the picture below was taken). In addition, some new energy policies that are being advocated would create new jobs, especially in manufacturing and government sectors, whose employment rates haven’t improved much yet during the recovery from the economic recession.

The president can call on Congress to do its part to pass laws that will complement his Climate Action Plan. Some of the recommendations below would be difficult to achieve in the current political climate, but it’s important to at least demonstrate the political will and public commitment to improve energy and climate policies.

1. President Obama could urge Congress to extend tax incentives for renewable energy technologies, in particular for solar electricity and wind power, which have already expired for the latter. These could at least be extended to 2020. This may be politically feasible, considering that some conservatives are now in support of renewable energy. This is also popular: wind and solar power increased nearly four-fold in the US over the past five years, and nine states currently generate 10% or more of their electricity from wind and solar power. The technology already exists to have dynamic electricity grids that are designed to handle variability in supply (such as due to unexpected weather) and demand, making it possible to transition to an increasing reliance on renewables and less on fossil fuels. (See this report for more info.)

2. President Obama could lay the ground for eventually rejecting the Keystone XL pipeline (see also our earlier post). He said last year that it would be approved “only if this project does not significantly exacerbate the problem of carbon pollution.” We have to wait for a supplemental Environmental Impact Statement before a final decision will be made.

3. The Environmental Protection Agency (EPA) has proposed a carbon pollution standard for new power plants. These limits, which are required under the Clean Air Act, could be applied to existing plants as well. In order to meet the carbon pollution reductions outlined in the Climate Action Plan, 25% cuts in carbon pollution will be required.

4. The president could outline new energy efficiency policies for homes, automobiles, businesses, and industries. For example, the industrial sector is responsible for about 1/3 of all U.S. energy use. Energy-efficient building designs and investment in high-efficiency combined heat and power systems can reduce these energy demands. For cars and trucks, Corporate Average Fuel Economy (CAFE) standards should be enforced by the EPA and Department of Transportation. In addition, a June 2012 study by the Blue Green Alliance finds that the new round of CAFE standards will create an estimated 570,000 full-time jobs throughout the US economy by 2030. The president could also urge Congress to expand investment in public transportation infrastructure that was begun in the The Recovery Act; this too would create thousands of new jobs.

If you haven’t heard of the term, the EPA defines environmental justice (EJ) as the “fair treatment and meaningful involvement of all people regardless of race, color, national origin, or income with respect to the development, implementation, and enforcement of environmental laws, regulations, and policies.” EJ often refers to the water and air pollution, landfills, toxic waste, power plants, industrial facilities, environmental degradation, etc. that preferentially affect people of a particular race or ethnicity. It also refers to social movements that have, with some success, attempted to rectify this.

Environmental justice (and injustice) is something that should be discussed and addressed more often in the media and in politics. If you’re interested, there are a few good books about EJ out there (such as Dumping in Dixie by Robert Bullard). EJ became an important issue during the heyday of the civil rights and environmental movements, and the most successful EJ lawsuits have been based on violations of civil rights laws. 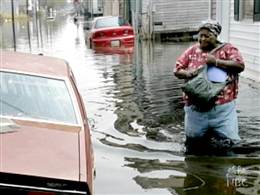 EJ returned to the news in 2005 during Hurricane Katrina and its aftermath in the New Orleans region. (For example, see these articles/programs in the Huffington Post and Democracy Now.) Katrina disproportionately affected communities of color (as well as poor whites), and some people argue that the reconstruction efforts should have better reflected and involved the needs and concerns of these communities. Some have made similar claims in the aftermath of the BP oil spill in the Gulf of Mexico.

As we see new environmental problems and issues in the future, it’s very important for us to consider race and class when addressing them. Now we’re already seeing that climate change due to carbon emissions of people in wealthy nations appears to be preferentially affecting the poor and communities of color, especially those in coastal and island regions.

After traveling for a few weeks, I’m back in San Diego, and I’d like to discuss US energy policies.

Currently, about 85% of our energy in the US comes from fossil fuels: coal, oil, and natural gas; a similar proportion of energy comes from fossil fuels worldwide. Most of the rest of the energy in the US comes from nuclear power, while only a negligible contribution is drawn from renewable sources. Energy consumption is continuing to grow (though not as rapidly during the economic recession), and this growing demand is primarily being supplied by fossil fuel production. 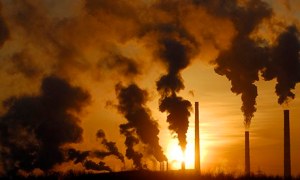 While we’ve talked about the relation between energy policy and climate change in previous posts, note that it’s also related to water policy. With the current drought in the US, it’s critically important to reduce water consumption. However, conventional coal power plants consume massive amounts of water, while natural gas and nuclear power also require significant amounts. The best are wind turbines and solar panels, which require almost no water at all.

There has been some opposition to US energy policies. For example, environmental groups (including the Sierra Club, Friends of the Earth, and Natural Resources Defense Council) announced in a letter a few days ago that is breaking with President Obama and opposes his “all of the above” energy policy: “With record-high atmospheric carbon concentrations and the rising threat of extreme heat, drought, wildfires and super storms, America’s energy policies must reduce our dependence on fossil fuels, not simply reduce our dependence on foreign oil…[A]n ‘all of the above’ approach that places virtually no limits on whether, when, where or how fossil fuels are extracted ignores the impacts of carbon-intense fuels and is wrong for America’s future.”

Current fossil fuel-focused energy policies involve many contentious issues. For example, hydraulic fracturing or “fracking” technologies have made it possible to extract oil and gas from shale and other tight rock formations, but they involve blasting large amounts of water and chemicals into the ground and they create more environmental degradation, especially water and air pollution, than other energy sources. The extraction of oil from tar sands in Canada has also been criticized, and the Keystone pipeline, which would transport this oil through the US, has faced massive protests. In addition, the coal industry has advocated for so-called “clean coal” technologies, but these do not appear to be as clean or viable as they’re touted to be.

Perhaps most importantly, it is clear that we need to focus on demand, not just supply, and to increase energy efficiency. Many strides can be made to improve energy efficiency in industry, power plants, homes, and automobiles (and more investment in public transportation infrastructure would help too). With expanding economies, rising standards of living, and population growth, it will become increasingly important to reduce energy consumption whenever possible. For example, the Union of Concerned Scientists has a list of energy efficiency policies that are being or can be implemented. (However, energy efficiency also raises the issue of the Jevons paradox, but we can discuss that later.)

In the future, for energy policies to be more sustainable, we will have to
decrease reliance on oil and gas and shift to cleaner renewable energy sources, especially wind and solar power. However, we also want to reduce carbon dioxide emissions as soon as possible (with larger reductions in the future) so as to minimize the effects of climate change. In order to build renewable energy infrastructure, energy will be required, raising questions about how we can achieve sustainable energy policies nationally and internationally without consuming too many fossil fuels in the process. These questions don’t have easy answers, but it does seem clear that in the short term, we should focus on energy efficient technologies and on making wind and solar energy economically competitive with fossil fuels.