In case you missed them, here’s a few pieces I’ve recently written and published for Knowable magazine and Inside Science. Thanks as usual to my excellent editors. I’m only posting brief excerpts here, so if you’re interested, please check out the whole thing using the links below.

You can stay more up-to-date if you follow my electronic newsletter, Ramin’s Space! (I had to plug it.) 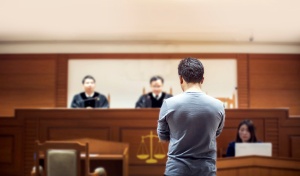 In the U.S. when a person reaches 18 years old, they enjoy new rights such as voting. They also shoulder new burdens, especially in the legal system. Federal and state law can treat an offender on his or her 18th birthday very differently than they would have the day before. But does developmental science agree that an 18-year-old can reason as an adult?

Contrary to the prevailing legal perspective, a person’s brain and psychological abilities typically don’t fully mature until around age 22, according to B.J. Casey, a psychologist at Yale University in New Haven, Connecticut, who presented her research probing the adolescent-adult transition at the Society for Neuroscience conference in San Diego last week. Considering that 18- to 21-year-olds are in many ways still adolescents who are becoming adults, she and other scientists argue that the legal system should account for that and avoid overly harsh punishments.

Brain development “extends beyond what we typically associate with adolescence based on legal definitions — into the young adult period,” Casey said…

[Read the entire piece in Inside Science, published on 15 November.]

How a second language can boost the brain

Even when you’re fluent in two languages, it can be a challenge to switch back and forth smoothly between them. It’s common to mangle a split verb in Spanish, use the wrong preposition in English, or lose sight of the connection between the beginning and end of a long German sentence. So — does mastering a second language hone our multitasking skills or merely muddle us up?

This debate has been pitting linguists and psychologists against one another since the 1920s, when many experts thought that bilingual children were fated to suffer cognitive impairments later in life. But the science has marched on. In the Annual Review of Linguistics, psycholinguist Mark Antoniou of Western Sydney University in Australia outlines how bilingualism — as he defines it, using at least two languages in your daily life — might benefit our brains, especially as we age. He addresses how best to teach languages to children and lays out evidence that multiple-language use on a regular basis may help delay the onset of Alzheimer’s disease…

[Read the entire Q&A in Knowable magazine, published on 29 November.]