Check out these new articles I’ve written about exciting computer engineering research going on at Stanford University and the University of California, San Diego:

Only an atom thick, graphene is a key ingredient in three Stanford projects to create data storage technologies that use nanomaterials other than standard silicon.

The memory chips in phones, laptops and other electronic devices need to be small, fast and draw as little power as possible. For years, silicon chips have delivered on that promise.

But to dramatically extend the battery life of mobile gadgets, and to create data centers that use far less energy, engineers are developing memory chips based on new nanomaterials with capabilities that silicon can’t match. 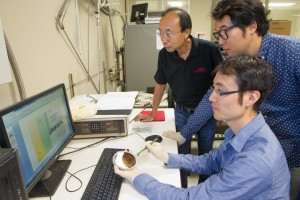 In three recent experiments, Stanford engineers demonstrate post-silicon materials and technologies that store more data per square inch and use a fraction of the energy of today’s memory chips.

The unifying thread in all three experiments is graphene, an extraordinary material isolated a decade ago but which had, until now, relatively few practical applications in electronics…

[For more, check out the entire article in Stanford News, published on 23 Oct. 2015. Thanks to Tom Abate for help with editing.]

Most of us use many devices — perhaps too many — throughout the day: A smartphone at home and then at the cafe around the corner, a laptop computer at work and maybe a tablet or e-reader in the evening. That’s not counting all of the other possible “smart” devices at our fingertips, such as health monitors, fitness trackers and smart watches.

Few people think about how all these devices could be efficiently networked via software and wireless technology; however, if you were trying to download a video and coworkers on the same network were attempting to communicate via Google Talk, you would want to be sure those limited wireless resources were allocated optimally. 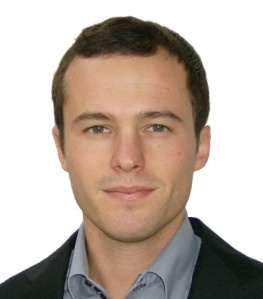 Giorgio Quer, a postdoctoral researcher in electrical and computer engineering at the University of California, San Diego is on a quest to solve these and other networking problems. Quer has been working on “cognitive networking” and exploring related projects at the UC San Diego division of Qualcomm Institute for the past five years as a visiting scholar from the University of Padua in northern Italy. He works with Ramesh Rao, director of the Qualcomm Institute and principal investigator of the research, as well as Matteo Danieletto, another postdoc in the department.

The concept of cognitive networking, according to Quer, refers to “a way to apply cognition to wireless, where a network learns from past history.” Such a process enables a network to “perceive” and learn about its current conditions and then plan, decide and act on those conditions, resembling (in a limited sense) cognition in the human brain…

[For more, check out the entire article at the California Institute for Telecommunications and Information Technology (Calit2), published on 21 Sep. 2015. Thanks to Tiffany Fox for help with editing.]