In case you missed them, here’s a few pieces I’ve recently written and published in Knowable magazine, Technology Review magazine, and Inside Science. Thanks as usual to my excellent editors! I’m only posting brief excerpts here, so if you’re interested, please check out the whole thing using the links below. 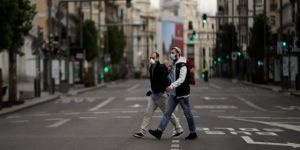 The complexities of a universal basic income

It’s a hot topic under political debate: providing cash grants as a social safety net. Small programs hint at how it might work — or not — on a national scale.

“Universal basic income” was for a long time an obscure term bandied about in economics circles. That’s no longer the case. The idea, usually involving a monthly cash grant to every person with no strings attached, has entered mainstream discourse.

Former US presidential candidate Andrew Yang made it a main plank of his campaign. Occupy Wall Street activists called for it in their social movement. Some economists and policymakers — amid concerns about job insecurity in an age of rapid automation and the widening income gap between rich and poor — are seeking big solutions. And the idea has reemerged with the current Covid-19 pandemic that has wiped out the income of many workers practically overnight.

Many political leaders support at least expanding current income-assistance programs — a much-talked-about idea in the lead-up to the recent Democratic presidential primaries. These existing programs focus on specific groups: people who are underemployed, disadvantaged or have a low income, including those who are elderly, disabled or have children. But a universal basic income would go further. It would remove all conditions on the payments, giving a measure of security without the stigma sometimes associated with current programs…

How satellite mega-constellations will change the way we use space

And wherever humans go, they’ll be taking satellite constellations with them to moon and Mars.

Sixty-three years after Sputnik first entered orbit, a couple of thousand satellites circle the planet to help us do things like communicate, navigate, and forecast the weather. Soon, though, they will be dwarfed by mega-constellations with great networks of hundreds or even thousands of satellites working in concert.

Starlink, from Elon Musk’s SpaceX, offers the clearest glimpse of what’s to come. The company has already deployed more than 100 satellites for the system, and by the mid-2020s, it plans to assemble a constellation of nearly 12,000 to provide broadband internet access globally. Many other space agencies and for-profit space companies have begun setting up their own networks, too.

“It’s a rather dynamic environment right now, with a lot of people starting to look at space as a means to answer certain business models,” says Roger Hunter, manager of NASA’s Small Spacecraft Technology program. “I call it the democratization of space”…

Far Away Planets May Appear Fluffier Than They Are

Puzzling planets with the apparent density of cotton candy probably have rings, according to a new study.

Scientists have begun to spot a growing number of planets beyond our solar system. Astronomers call a portion of them “super-puffs” because they are far less dense than Saturn or any other known world. But the conundrum could be solved if the astronomers simply reconsider the planets’ shapes and include rings on them, according to a new study.

When astronomers discover a new exoplanet, they can infer its width by estimating how much of the host star’s light is blocked as the planet travels in front of it. They can also infer the planet’s mass by seeing how much of a tiny tug the planet gives the star with its gravitational pull. They can then roughly figure out how dense the planets are. But the seemingly low density of super-puffs — or as they’re sometimes called, cotton candy planets — could be explained if they’re actually smaller than they seem.

“Our idea is that maybe these things are blocking a lot more of the starlight than you might expect, not because they’re big and puffy but actually because they have rings like Saturn,” said Anthony Piro, an astronomer at Carnegie Observatories in Pasadena, California…

[Read the entire essay in Inside Science, published on 6 March.]