In case you missed them, here’s a few pieces I’ve recently written and published for Undark magazine, Hakai magazine, and Inside Science. Thanks as usual to my excellent editors! I’m only posting brief excerpts here, so if you’re interested, please check out the whole thing using the links below. 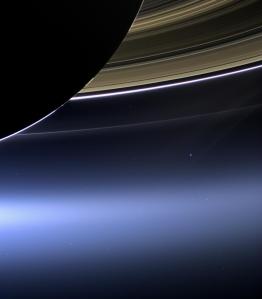 Searching for Meaning on Our Pale Blue Dot

In “For Small Creatures Such as We,” Sasha Sagan reflects on her upbringing and the power of secular faith.

Religion, and Christianity in particular, appear to be becoming less important among younger Americans, declining dramatically in the past two decades, according to a recent Wall Street Journal poll. So where can people turn to share a common culture and community?

For Sasha Sagan, the author of “For Small Creatures Such as We,” even a dinner party tradition or a shared song can generate the camaraderie people may be missing. Aimed primarily at atheist and agnostic readers, her book is both a memoir of growing up as the daughter of astronomer Carl Sagan and writer Ann Druyan in Ithaca, New York, where her father was a professor at Cornell University, as well as an exploration of connections and universal themes among religions, cultures, and secular communities around the world.

Her parents wrote and produced many acclaimed and popular science books and TV programs, including “Cosmos,’’ “Contact,” “Pale Blue Dot,’’ and “The Demon-Haunted World.’’ The movie version of “Contact,’’ which came only seven months after Sagan’s death in 1996, included the line that inspired his daughter’s title: “For small creatures such as we, the vastness is bearable only through love.”

Like her parents, Sagan has plenty of gifts as a writer and communicator. It’s her livelihood, in fact: She’s not a scientist but a TV producer, filmmaker, writer, editor, and speaker. In her book, she writes of the “immense brazen beauty of life” and argues that “from the genetic information in our blood to the movement of the Earth around the sun, our vast universe provides us with enough profound and beautiful truths to live a spiritually fulfilling life.”

[Read the entire piece in Undark magazine, published on 15 November.]

With its scenic views, relaxing sea breeze, laid-back atmosphere, and strong surf, Imperial Beach, California, draws visitors every day of the year. But the city, sandwiched between San Diego and the Mexican border, is on the front lines of sea level rise.

“It’s concerning. I’ve got kids,” says Matt Murray, a real estate agent in Imperial Beach. When people looking for homes ask him about sea level rise, he warns them. “I tell them it’s low-lying coastal. But people want to live by the beach.”

Near the beach, the roads are filled with businesses like the Wave Cafe, Imperial Beach Buns, Surf Hut, and the Sand Castle Inn and Suites. Two other realty companies have their offices within a couple of blocks of Murray’s, and another is about to open. There’s no sign of a mass exodus. But in the coming decades, if little is done to avert global sea level rise, some Imperial Beach neighborhoods will be hit by regular flooding. By the end of the century, large parts of the city will be under water.

Yet demographics, like the sea, are also changing. Researchers led by R. Kyle Saunders, a sociologist at Florida State University, predict massive shifts in who lives on the coast by the end of the century. They have found that from California to Florida, coastal communities will have more seniors and more people of color, and often majority Latino populations. While plenty of people come and go, immigration and population growth drive the trends. It means that as the sea gradually and relentlessly rises, eroding cliffs and flooding and undermining property, more of the people in harm’s way will be from marginalized groups that potentially lack the resources to do something about it.

“Sea level rise is expected to impact these areas and these groups, but it’s more than just affecting currently vulnerable populations,” says Saunders. “We’re also arguing that sea level rise could be a new emerging form of inequality in the country…”

[Read the entire piece in Hakai magazine, published on 20 November.]

Thirty-Five Years On, the Search for Aliens Continues

The SETI Institute leads the hunt for extraterrestrials, which has entered a new phase with myriad planets to focus on.

If distant aliens want to contact Earth, there is a dedicated team of scientists ready to take the call. For 35 years, the SETI Institute, named after the search for extraterrestrial intelligence, has been the world’s only research organization systematically scanning the heavens for signs of otherworldly life.

The institute, which was founded in Mountain View, California on Nov. 20, 1984, has had its downs and ups, from a loss of NASA funding in 1993 to the construction of the Allen Telescope Array, which began collecting radio data in 2007. It now includes 100 scientists among its ranks, with many of them not only listening to the heavens, but also investigating what kinds of worlds might be friendly to life.

“We want to look at all the sky, all the time,” said Jill Tarter, co-founder of the institute.

Aliens might use a variety of methods to announce their presence — intentional or otherwise — so SETI astronomers scan the sky for different kinds of transient signals. These include radio signals, mostly in the microwave range, since these could be broadcast in all directions and be more easily spotted. That’s what happened in Carl Sagan’s 1985 novel Contact, which was later made into a movie starring Jodie Foster as a radio astronomer who detects bursts of sound in groupings of prime numbers.

Flashing pulses of laser light also could be a sign of aliens wanting to be found, like a distant person firing a flare. It could be possible to discern other signs of a technologically advanced civilization too. A massive superstructure, like a huge sphere built around a star to harness its energy or giant orbiting mirrors used to reflect light, might give off waste heat or radiation signals that don’t occur naturally…

[Read the entire piece in Inside Science, published on 15 November.]