In case you missed them, here’s a few new pieces I’ve written and published for Scientific American, Hakai magazine, and Inside Science over the past month. Thanks as usual to all of my excellent editors. I’m only posting brief excerpts here, so if you’re interested, please check out the whole thing using the links below. 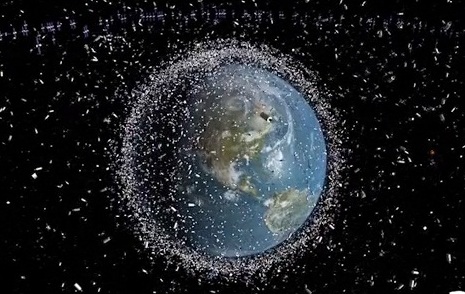 Thousands of known pieces of debris already clog low Earth orbit, with many more expected as research and commercial projects begin to launch swarms of small satellites known as CubeSats.

David Palmer, an astrophysicist at Los Alamos National Lab in New Mexico, and his colleagues are working on a way to keep tabs on the growing space traffic. Palmer normally studies pulsars — distant celestial bodies that emit regular pulses of radio waves — but he realized that their low-power signals could be a model for tracking human-made objects in space. This inspired Palmer and his colleagues to develop postage stamp-sized beacons for satellites that are uniquely identifiable, like license plates in space. These devices, if successful, could become ubiquitous in the industry and help address the worsening problem of proliferating space junk.

“We’re looking to get it out of the experimental phase. In the next couple years, people will want them for their own satellites. If all goes well, maybe in five to ten years, there will be requirements that everything that goes into space has to have one of these,” Palmer said.

This space license plate, called an Extremely Low Resource Optical Identifier (ELROI) by Palmer and his colleague Rebecca Holmes, uses flashes of laser light at a precise frequency and pattern to give its satellite host a serial number. It can be attached to anything and comes with its own solar panel for an independent power source, so that it can keep on running even if the satellite itself no longer functions. They’re aiming to launch the first test model with a New Mexico Tech satellite in late September…

[Read the entire piece in Inside Science, published on 31 July.]

Electromagnetic fields have complex and possibly harmful effects on the valuable brown crab.

Over the past 10 years, Scotland has installed thousands of offshore wind turbines in the North Sea and is starting to deploy marine energy devices that generate power from tides and waves. It’s a green energy push that is slowly being replicated in coastal areas the world over. Though these installations are reducing coastal threats such as oil spills, they have the potential to cause other, more subtle, problems for marine life.

From each offshore wind and tidal turbine, power cables snake to shore, connecting to power banks, converters, and the wider electrical grid. But these electrified cables could have odd and unexpected effects on seafloor life. According to new research, these electrical cables may be upsetting the behavior of the commercially valuable brown crab, otherwise known as the edible crab.

Kevin Scott, a marine biology doctoral candidate at Heriot-Watt University in Scotland, is concerned about the potential cumulative effects of electromagnetic fields on marine life. In recent research, Scott and his colleagues at the St. Abbs Marine Station on the Scottish coast obtained dozens of crabs from local fishermen and exposed them to electromagnetic fields in the lab…The research suggests that if crabs are similarly distracted in the wild—drawn toward the electromagnetic fields stemming from subsea power cables—they might forgo their usual feeding, mating, and shelter-finding activities…

[Read the entire piece in Hakai magazine, published on 30 July.]

Critical responses have broadsided a study claiming the discovery of a galaxy missing evidence of invisible mass.

A small, faint galaxy residing some 65 million light-years away has been threatening to upend scientists’ entire paradigm of dark matter—the supposedly ubiquitous particles thought to pervade the universe like a hidden cosmic skeleton. All galaxies should be surrounded by a more massive cloud of dark matter, the thinking goes, but a team of astronomers thought they had discovered a unicorn—a galaxy where the stars and gas are the only matter there.

But the front-page discovery, published by Yale University astronomer Pieter van Dokkum and his colleagues in Nature, was not the end of the story. It generated passionate debate that erupted on social media. “It didn’t fit anybody’s expectations,” van Dokkum says. “And whenever you find something like that, suddenly you don’t have any friends.”

The debate eventually settled onto scientific journal pages, where two groups of scientists question the original claim. They argue the galaxy is actually closer than the team thought and the speeds of its star clusters had not been calculated correctly. Either possibility would make the galaxy appear more like typical ones observed in the nearby universe, implying the currently dominant view of dark matter remains the best game in town. “They might well be right, and it’s certainly an interesting galaxy that requires more study,” says Nicolas Martin, an astronomer at the University of Strasbourg in France. “It’s just that we felt, and I think it’s supported by the data, that they jumped the gun a little bit and oversold it.”…

[Read the entire piece in Scientific American, published on 18 July.]