In case you missed them, here’s a few new stories I’ve published. Thanks as usual to all my excellent editors.

To find aliens, we must think of life as we don’t know it 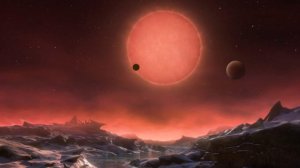 From blob-like jellyfish to rock-like lichens, our planet teems with such diversity of life that it is difficult to recognise some organisms as even being alive. That complexity hints at the challenge of searching for life as we don’t know it – the alien biology that might have taken hold on other planets, where conditions could be unlike anything we’ve seen before. ‘The Universe is a really big place. Chances are, if we can imagine it, it’s probably out there on a planet somewhere,’ said Morgan Cable, an astrochemist at the Jet Propulsion Laboratory in Pasadena, California. ‘The question is, will we be able to find it?’

For decades, astronomers have come at that question by confining their search to organisms broadly similar to the ones here. In 1976, NASA’s Viking landers examined soil samples on Mars, and tried to animate them using the kind of organic nutrients that Earth microbes like, with inconclusive results. Later this year, the European Space Agency’s ExoMars Trace Gas Orbiter will begin scoping out methane in the Martian atmosphere, which could be produced by Earth-like bacterial life. NASA’s Mars 2020 rover will likewise scan for carbon-based compounds from possible past or present Mars organisms.

But the environment on Mars isn’t much like that on Earth, and the exoplanets that astronomers are finding around other stars are stranger still – many of them quite unlike anything in our solar system. For that reason, it’s important to broaden the search for life. We need to open our minds to genuinely alien kinds of biological, chemical, geological and physical processes. ‘Everybody looks for “biosignatures”, but they’re meaningless because we don’t have any other examples of biology,’ said the chemist Lee Cronin at the University of Glasgow…

[Read the entire piece on Aeon, published on 19 September.]

Let’s not risk a Cold War in space

As we note this month Sputnik’s 60th anniversary, which launched the space race between the Soviet Union and United States, it’s worth considering whether we’re on the cusp of another Cold War, but this time in space.

Some 10,000 miles above the Earth’s surface, conflicts between the United States and China could break out over orbiting satellites, which enable everything from your cell phone calls to bank transactions to GPS navigation. While Congress is deciding the role of space in national security and defense as it hammers out the National Defense Authorization Act of 2018, the priority should be on personnel and improving satellites and infrastructure, rather than on more powerful weaponry, which would militarize our atmosphere and spark an arms race.

The White House is also at work on space policies. Vice President Mike Pence convened the newly resurrected National Space Council on Oct. 5, with top members of the administration, military, intelligence community, and the commercial space and defense industry. Despite the lofty talk of space exploration, Pence’s recurring theme is to dominate all areas of space, with no rivals in view.

We have heard such language before…

[You can read the entire piece in the San Francisco Chronicle, published on 27 October.]

Sci-fi has been warning us about virtual reality addiction since the 1990s.

A tech innovator develops biological software that conjures a virtual reality in one’s mind, partly in the hopes of reviving her brother, who has been held in a comalike state. But the software, which is really a sophisticated drug, can be extremely addictive and socially isolating—and the government has its own designs to use it for virtual imprisonment.

That’s the idea behind OtherLife, a new indie sci-fi movie that had its North American premiere at the San Diego Film Festival in October and recently came out on Netflix. It highlights beneficial applications, risks, and ethical conundrums of virtual reality, including its misuse or excessive use, in a possible not-too-distant future. “If the brain doesn’t really know the difference in a chemical sense between what we consider a real or an unreal experience, then if we seek fulfillment and satisfaction and comfort and engagement with that, then what are the implications?” asks Kelley Eskridge, who wrote both OtherLife and the novel Solitaire, on which the movie is loosely based…

[Read the entire story in Slate, published on 2 November.]