Some people, including Andrew Revkin in the New York Times, argue that we can effectively mitigate climate change and keep greenhouse gas emissions in check with small policy changes here and there. But I think we no longer have that option; the window for solving this massive problem with incremental changes closed years ago. 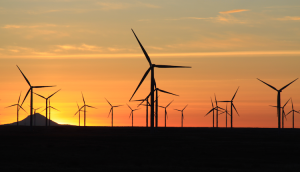 (Credit: US Dept. of Energy)

Even while we brace ourselves for the incoming Trump administration, with numerous appointments on the transition team who deny basic scientific understanding about climate change and human activities driving it, we should not just defend current first steps in place, like the Clean Power Plan. If we are to combat climate change and if we are serious about avoiding worst-case scenarios, which would detrimentally affect millions of people worldwide, especially those living in coastal areas and low-lying islands, then we need to actively push for more.

In politics, people often talk of incremental changes, pushing for small reforms when the opportunity arises in the hopes that they somehow add up to bigger shifts over time. That might make sense for some policy goals, but as we reach so many “tipping points” with the climate, such as indicated by the horrible state of Arctic sea ice this year, we no longer have time for dilly-dallying. People and groups from very different political backgrounds have come together for big changes before—often for war—and now I hope that many will try to set aside their differences to try to realize a common goal.

The Clean Power Plan, developed under the Clean Air Act, goes after power plants, the country’s largest source of carbon dioxide emissions. It sets targets such that the national electricity sector’s emissions must drop by about 26-28% below 2005 levels by 2025. (Recall that 1990 was the original baseline, used by the UN’s Framework Convention on Climate Change, but the Obama administration shifted it, possibly to make it seem like its reductions are larger than they actually are.) The result will be less of an emphasis on coal-fired power plants and more renewable energy as well as energy efficiency gains. We may see more use of natural gas or even nuclear power.

But the Clean Power Plan is not enough even to meet the country’s Paris Agreement commitments. Other beneficial policies make a difference as well, including California’s climate regulations—which include generating 50% of the state’s electricity from renewables by 2030; reducing hydrofluorocarbons; and the EPA and Department of Transportation’s regulations on heavy-duty vehicles. If all of these things went according to plan, the US’s Paris pledges might be achievable.

Some people who should know better (such as the IPCC and US Democrats) include flawed or unproven technology, like carbon capture and storage in these policy frameworks. We should not depend on these or other so-called “negative-emission” technologies developing in the near future, as argued in this recent paper in Science by Kevin Anderson and Glen Peters.

Furthermore, even before Donald Trump takes office, the US is not on a path to meet its Paris Agreement pledges. This analysis in Nature Climate Change by Jeffery Greenblatt and Max Wei makes it clear that more has to be done. The Paris Agreement itself was supposed to be just a first step.

Even *if* the US and other major greenhouse gas-producing nations fulfill their Paris climate pledges, we’re still heading toward around 3 degrees of warming, far beyond what scientists warn is a safe threshold. When climate experts put together the Paris Agreement, they recommended 1.5 degrees warming as the threshold we should shoot for, but I don’t think it’s possible to achieve that economically or practically. But perhaps with major policy shifts in the US, Canada, Europe, Australia, China, India, Brazil and elsewhere, 2 degrees might be achievable. Even that, however, could mean losing some island nations, more extreme flooding and droughts, numerous losses of species, suffering coral reefs, dwindling of some agricultural crops and fisheries, and shifting of ecosystems and growing deserts, among other disruptive and destructive impacts. In the US as well, economists and climate scientists are trying to estimate the “social cost of carbon,” which could cost this country billions or more in damage (though Trump’s transition team has tried to downplay these numbers so far).

The fact is, to mitigate climate change, we can’t emit much more greenhouse gas. The US has already burned through most of its carbon budget. Shifts from fossil fuels to renewable sources of energy, especially solar and wind, are already happening, and this trend would be tough to reverse by the incoming administration. Instead, it could be framed as a business opportunity, and perhaps Trump would be keen to back it in some way.

Lastly, let’s remember that, across the political spectrum, many people are in favor of major infrastructure projects. Investing in wind farms and solar power plants while upgrading public transportation systems, for example, could create millions of jobs, stimulate the economy and put us on a better path toward reigning in our toxic greenhouse gases.